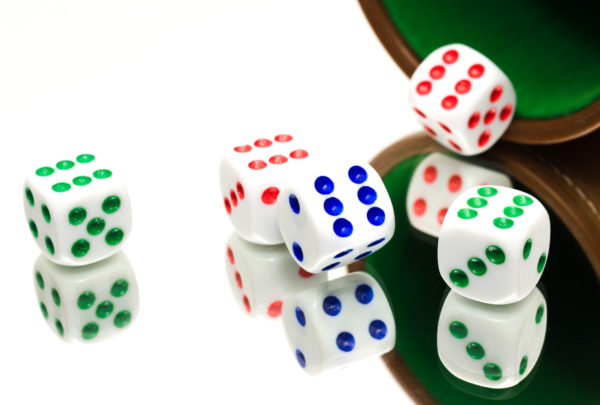 Kids love to play games. And any chance they get, they try to get the adults play a game with them as well. We adults, on the other hand, usually end up either making up an excuse not to play or pretend that we are actually enjoying the game. This happens a lot especially with mass market board games for kids. After a game or two, they are too simple, too repetitive. After a while, even the kids stop playing them because of the same problem.

Thankfully there are great board game publishers and designers out there that create great games for kids that are fun and engaging for both kids and the adults who are playing them. Here are 14 of them, pick one, you and your kids will love it. 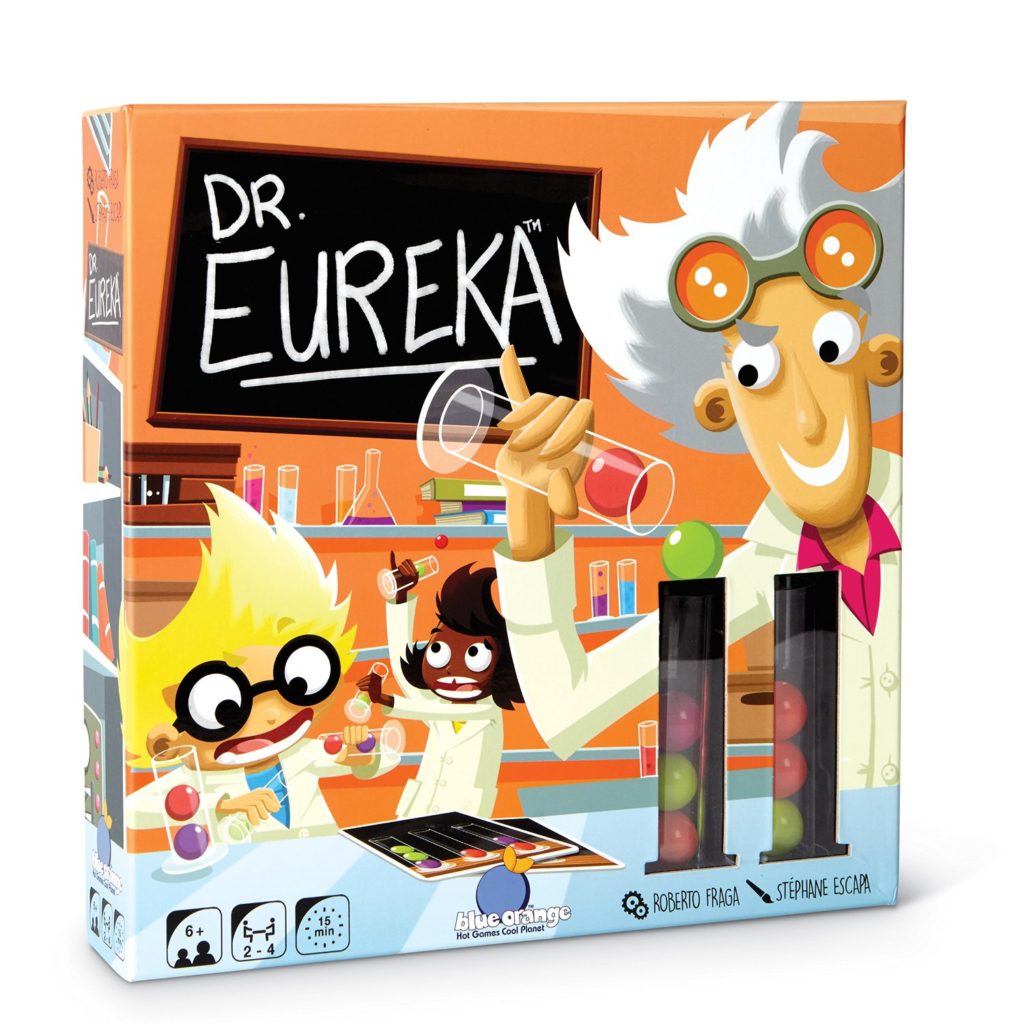 This is a speed game that plays in about 15 minutes.  You pick a challenge card, 3 test tubes and 6 colorful balls. You try to solve the formula that is on the challenge card by placing the correct color ball(s) into the correct tube in the correct order as fast as possible. Great components as well. For 1 to 4 players. Published by Blue Orange Games.

Bugs in The Kitchen (6 and up) 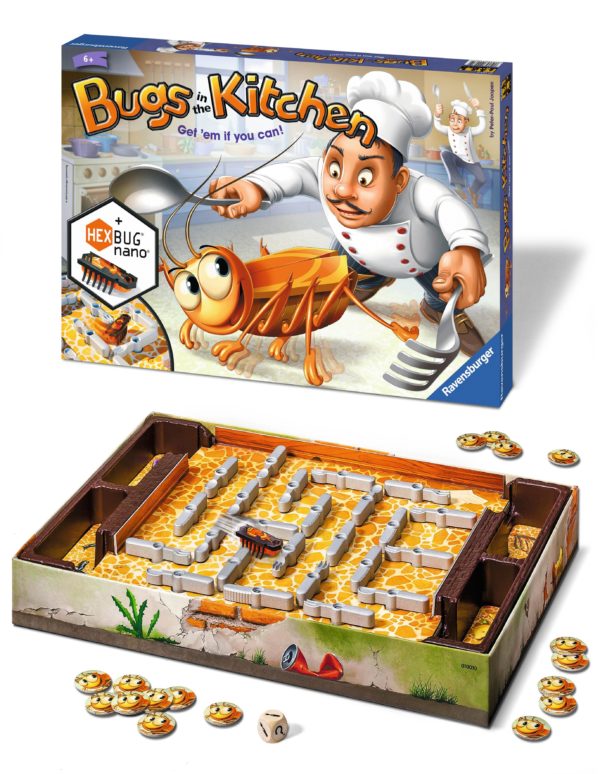 Published by Ravensburger, Bugs in the Kitchen is a quick fun game for the whole family. Plays in about 15 minutes and it is for 2 to 4 players. It comes with a battery operated hex bug that moves randomly in a maze that is your kitchen and you need to capture it before the other players. I have played this game with a 4 and a 5-year-old and had a blast every time.

Animal upon Animal (4 and up) 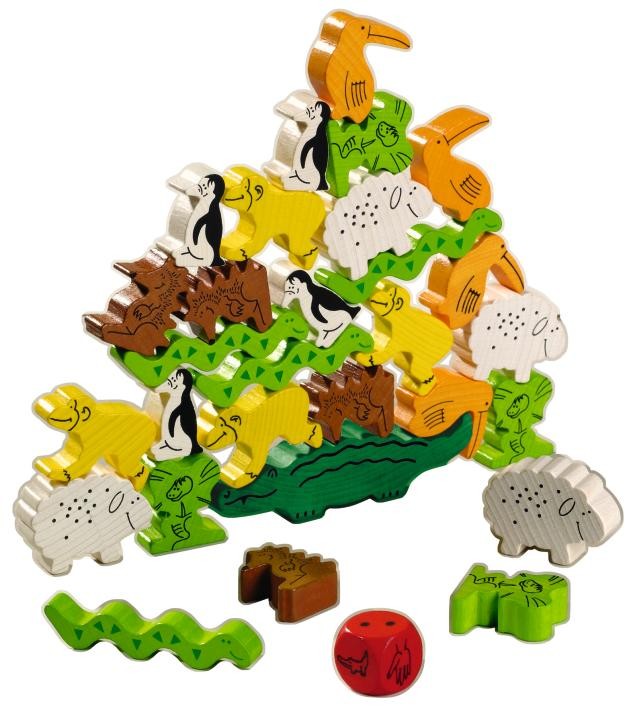 Haba is a game publisher known for its great games for young kids. Animal upon Animal is definitely one of them. Great dexterity game, it comes with a bunch of animal pieces that are different shapes and sizes and you are basically playing Jenga. However it is much more than that, so much fun, this game has been around since 2005 and won multiple awards. Cannot recommend it enough. 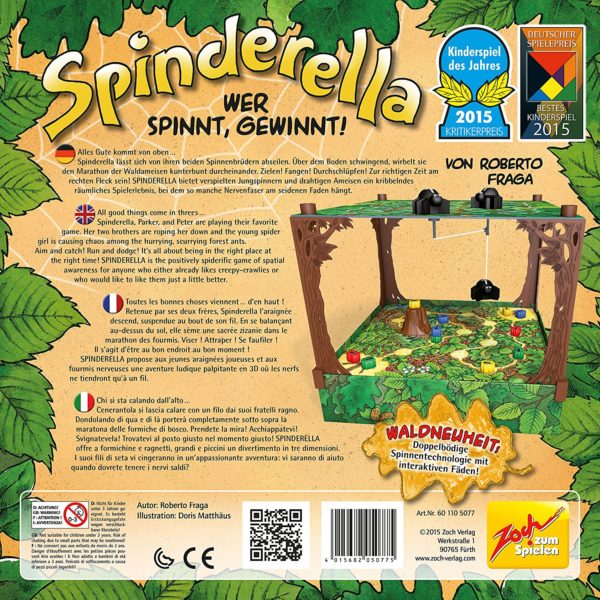 Spinderella is the 2015 Winner of Kinderspiel des Jahres.  One player controls the spiders while the other players are trying to get their ants across the forest without getting caught by the spiders. I am going to let Tom Vasel and his adorable daughter show you how cool and fun this game is. 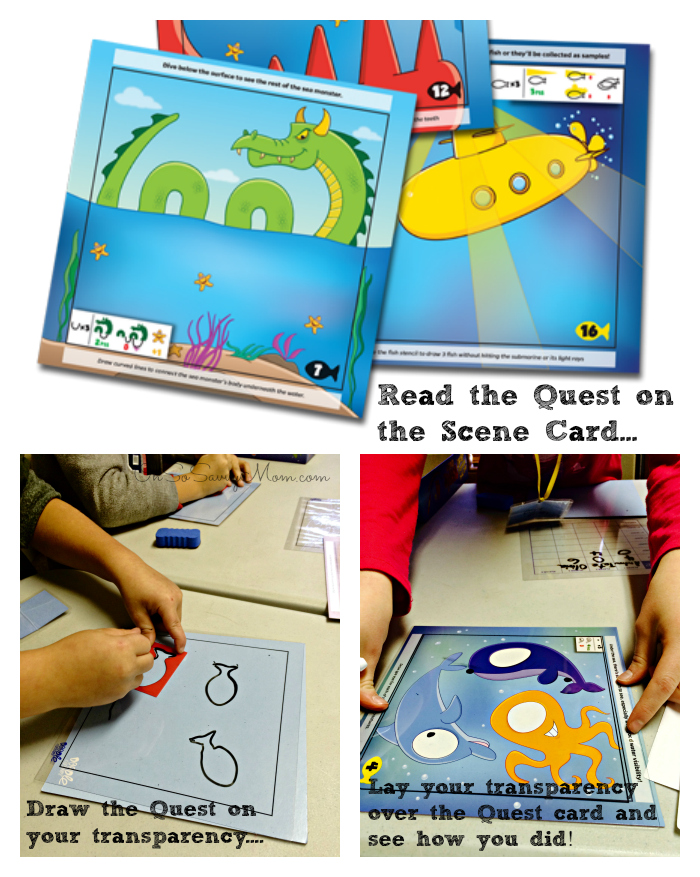 A wonderful game for kids and adults who like to draw! Each player gets a transparent sheet and a dry erase marker that comes with the game. Pick a quest board, read the instructions on it and draw on your sheet based on those instructions. Once everybody is done, place the transparent sheets on the quest board one at a time to see who completed the quest successfully. 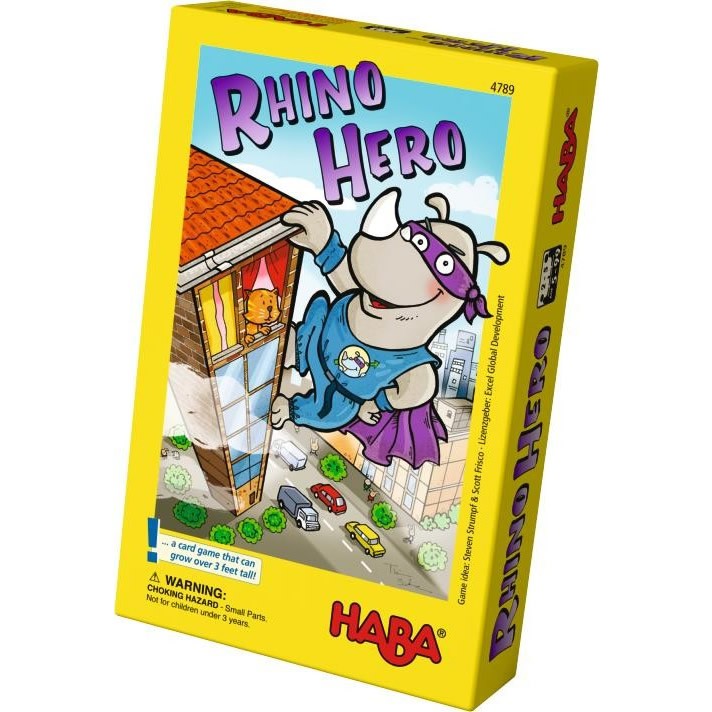 Another great stacking game from HABA, this time you are using cards to build the tallest building in the city in order to help Super Rhino protect the city. A game for 2 to 5 players, plays quickly. You will want to play it over and over again.

The next three games are my favorite kind of games: Cooperative Games. 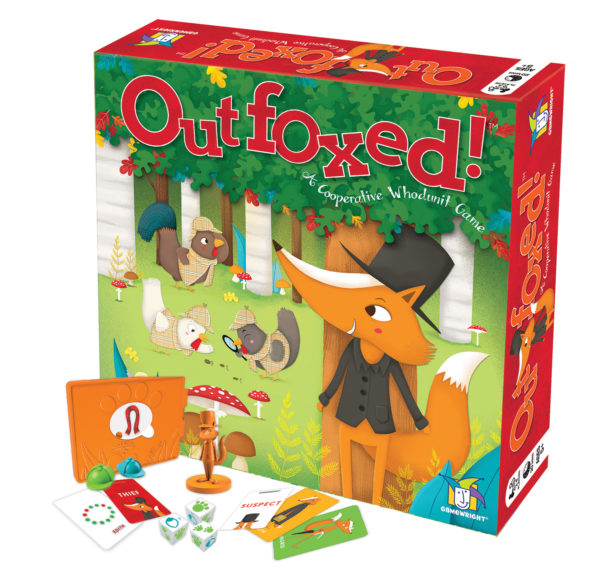 Published by Gamewright, players play as a team to find Mrs. Plumpert’s prized pot pie. It is gone missing and there are a group of suspects. You have to work together to get the guilty fox before he gets to the exit with the pie. Teaches team effort, deduction, all around great game for 2 to 4 players.

Spooky Castle (6 and up) 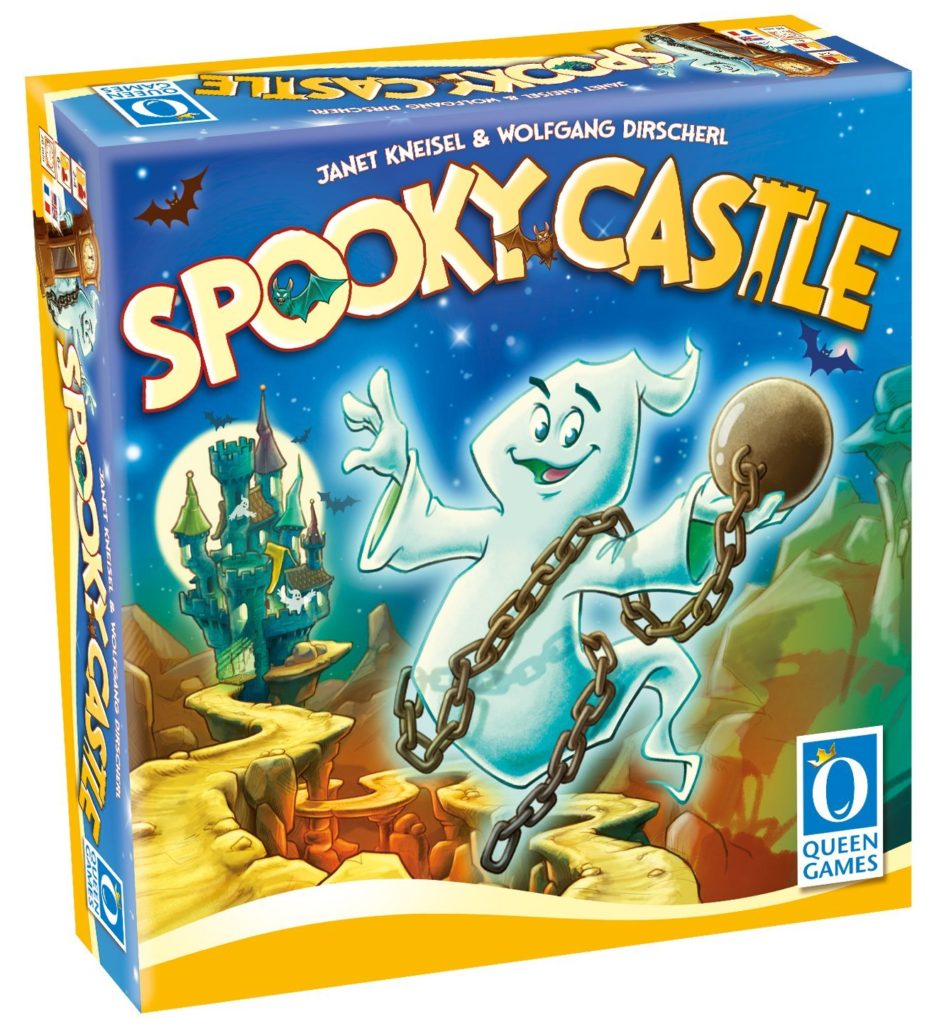 In Spooky Castle one player puts on the Spooky mask and takes the magic wand. The other players have to help him get the treasures that are spread around the board randomly. And they have 18 minutes to get all the treasures without running into the other ghosts. Super fun game, even more fun to watch them play. Here is a quick review from Tom Vasel that shows how the game plays.

Ghost Fightin’ Treasure Hunters (8 and up) 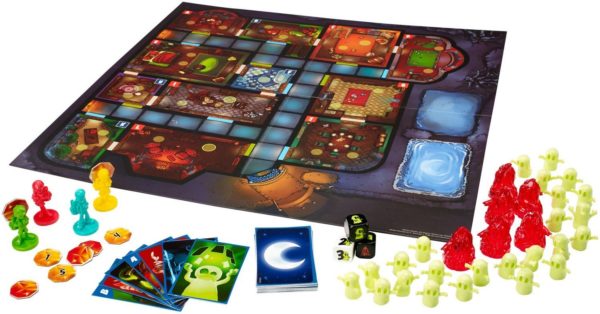 2014 Kinderspiel des Jahres winner, this time the players are treasure hunters stuck in a house with a bunch of jewels. They have to get all those jewels before all the rooms of the house become haunted. You have to work together or you will lose together. Great components, fun gameplay for 2 to 4 players. Plays in about 30 minutes. 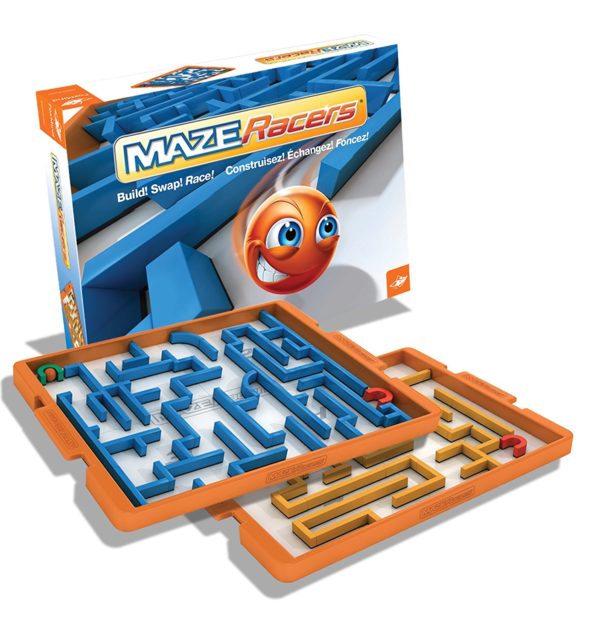 A very creative game designed by Andy Geremia that plays 2 to 4 players. Every player has to design his own maze using magnetic wall pieces within a set amount of time. Once the time is up players switch their mazes with their opponents and try to steer a ball through that maze as fast as possible. 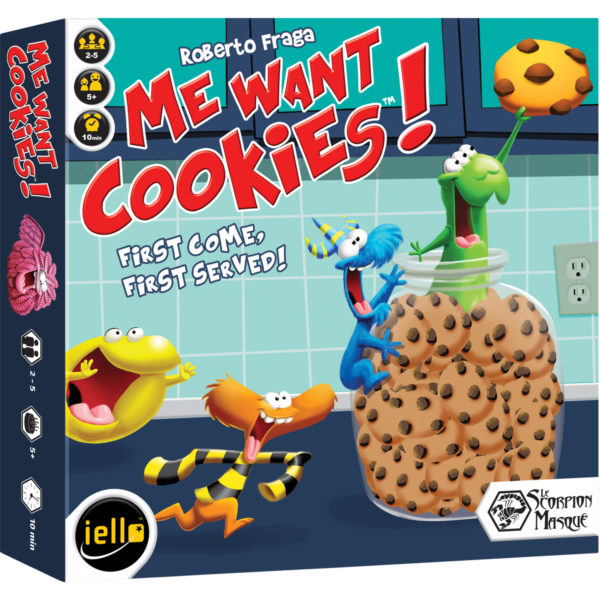 For 2 to 5 players and published by iello, an adorable game for young kids. Here is a quick video from Tom Vasel with his adorable daughter explaining how it plays.

Heroes of Kaskaria (6 and up) 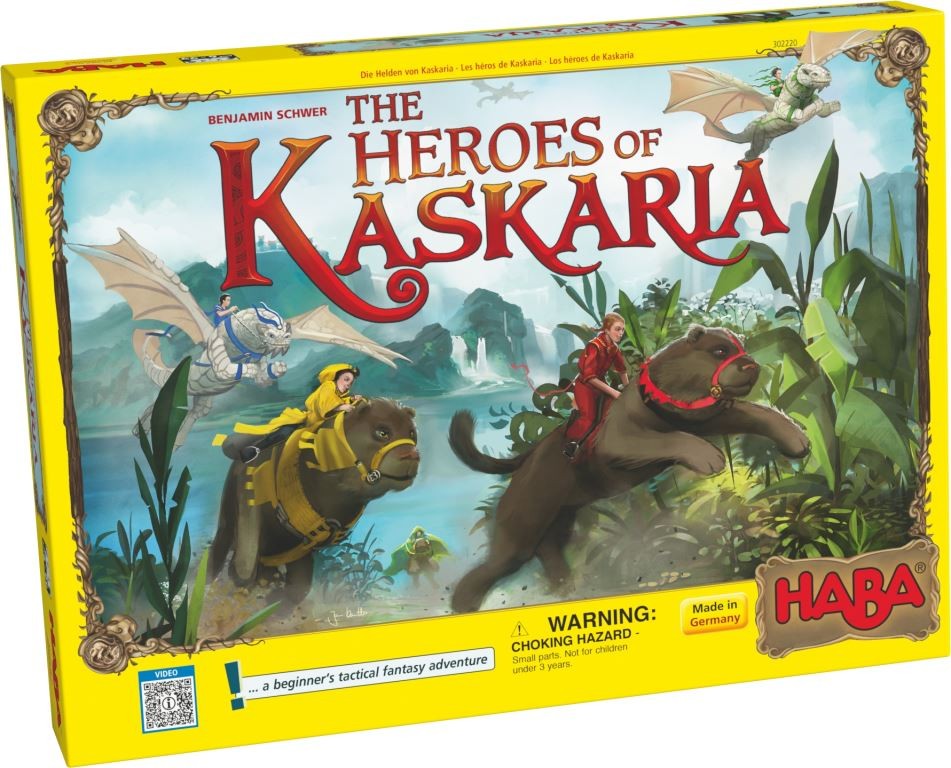 Again from HABA, a tactical fantasy adventure for 2 to 4 players.  Flying griffins, trolls, cliff runners, heroes, this game is full of great theme. Players are trying to collect gold by using cards and managing the cards in their hand. Each card lets you do different things. Very fun game with great artwork.

Ticket to Ride First Journey (6 and up) 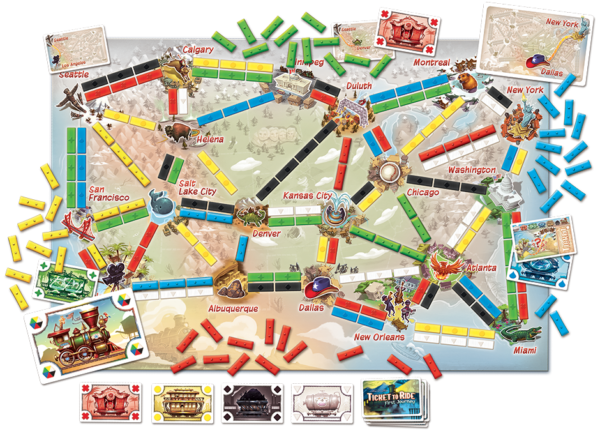 Ticket to Ride is a modern board game classic. It has sold millions of copies around the world and has a ton of expansions. Ticket to Ride First Journey is a great way to introduce your kids to this modern classic.

In this game, you are building train routes between cities on a map through card play. Adults and kids can play this game together and have a lot of fun. And when your kids are old enough, maybe you will give the “adult” version a try. 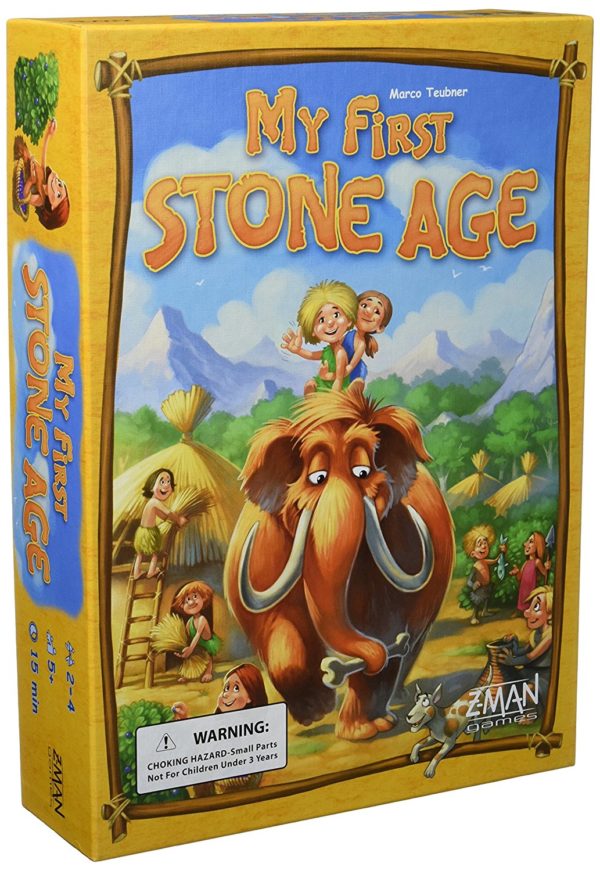 You, through the eyes of Jonon and Jada, two stone age children, travel back in time and build your own settlement.  My First Stone Age is a children version of the well-known worker placement game Stone Age, plays 2 to 4 games and was 2016 Kinderspiel des Jahres Winner.