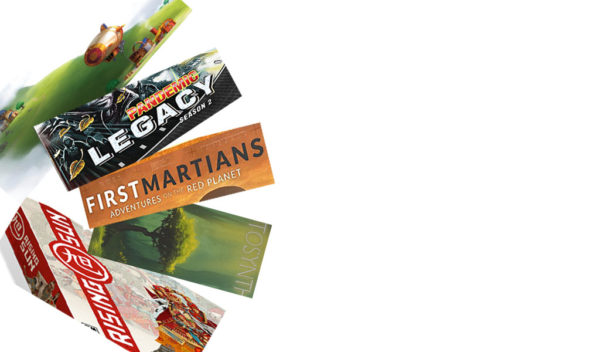 Now that I have over 100 games in my collection, I am trying to be more selective when it comes to buying a game. Having said that every year, so many good games come out, the hobby gets bigger and better, it is going to be a challenge to stay disciplined, both mentally and financially!

So I am trying to limit myself to 10 games, this time of the year everybody starts rolling out their top 10 lists, so I decided I should have one too. Hope it helps!

Pandemic is my favorite game. Not only it was the first modern board game I had ever bought, it is my go to game when I am introducing a new player to this wonderful hobby. Yes, it works well with newbies.

Pandemic Legacy took Pandemic and turned it into an action/drama movie that you can actually play on a board. I must admit, because I had never played a legacy game before, getting used to the rule changes that happen during the game took some getting used to, and me and my gaming group made some serious rules mistakes. That still did not change my experience, I had a great time. Now that I know how to play a legacy game, cannot wait for Season 2.

From everything I have watched and seen online, it is going to be a tighter, more challenging game and I am ready for it! 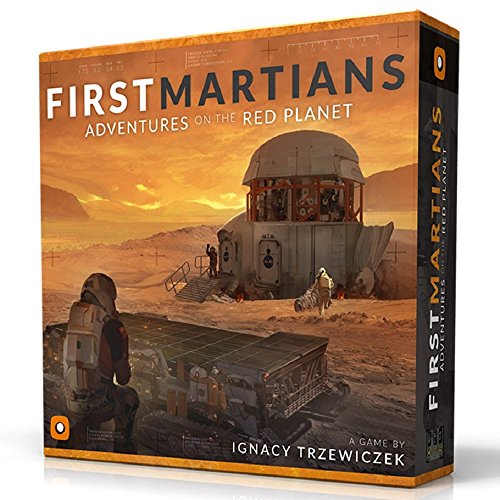 When I watched the video of Zee Garcia and Tom Vasel play Robinson Crusoe, I immediately added that game to my must buy list.  The problem was, it was out of print at the time and it was too expensive to buy a copy. This year, the designer (and the founder of Portal Games) Ignacy Trzewiczek released a revised version of Robinson Crusoe, and then there were rumors of a game that plays like Robinson Crusoe, which comes with an app that does all the bookkeeping for you and the theme is Mars. Well, needless to say, that game became my new focus.

Now that First Martians is a reality, and I have watched enough gameplay videos of it, I can easily say that I need to get this game:). The production quality looks great, the game play is really challenging but keeps you engaged and you can play this game solo thanks to the app. I am in. 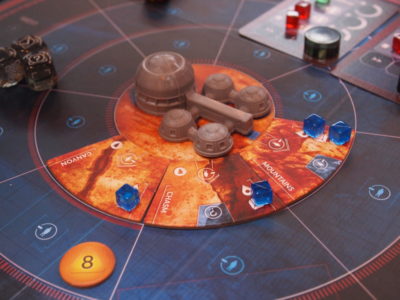 Who wouldn’t want to play a game that lets you become Matt Damon in The Martian? 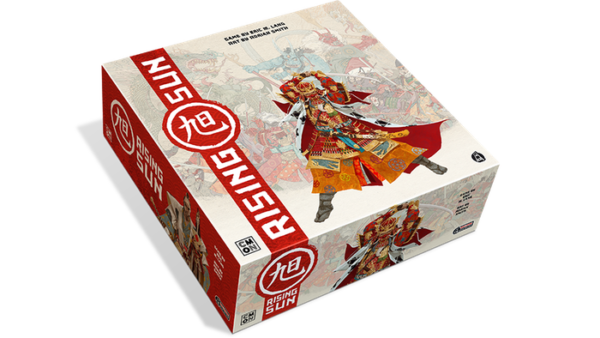 Eric M. Lang is one of the hottest designers in modern board games at the moment, and one of my favorites. Blood Rage is a great game, has been one of the most sought out games since it was released last year.

Well, he has done it again. Rising Sun is a game that is based in feudal Japan, with great miniatures, great gameplay, and great artwork. It is NOT a sequel to Blood Rage. It may be in the same spirit, but the game play is radically different. Having said that, it is, I think, another master piece from Eric Lang. Its Kickstarter success speaks for itself, raised over $4 million in about a month. 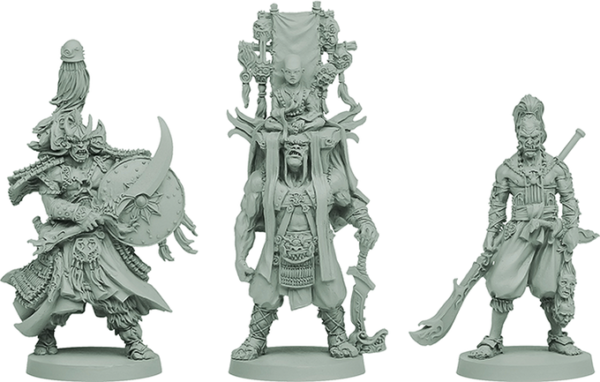 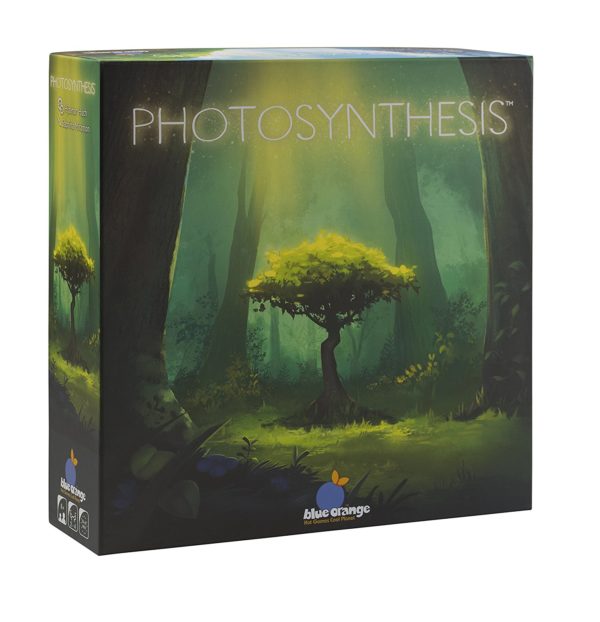 Some games capture your attention right away by just how gorgeous they look. Photosynthesis is that game, should not be surprised, Blue Orange games usually deliver very high quality good looking games. Kingdomino, one of their most popular games, won the Spiel Des Jahres in 2017.

It is not a theme that particularly interests me but the box cover art and the game pieces look so good, I wanted to watch a review as soon as I saw it. I am glad I did because the game itself is really elegant, clever.

You can watch a game play review of this beautiful game here. 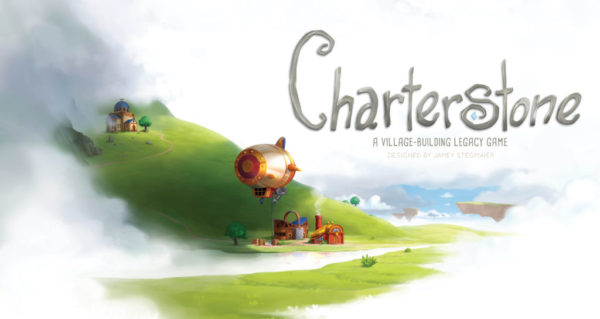 Charterstone is one of the most highly anticipated games of this year. It is a game from Jamey Stegmaier, the designer of one of the best games of 2016, Scythe.

Charterstone is a competitive Legacy game. Each player is inhabiting a shared village, for 1 to 6 players and looks amazing. Another great wrinkle to this game is, unlike other legacy games, once you finish the game, you can play the finished version of the game over and over again. That is very ambitious, can’t wait to try it. 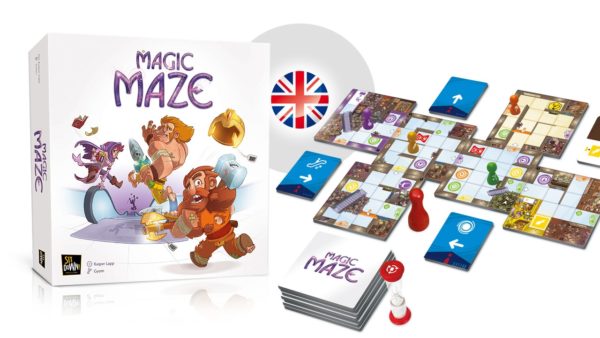 I love cooperative games. Real time cooperative games, on the other hand, can be a hit or miss depending on the group you are playing with. Escape the curse of the temple, for example, is one of my favorites, with some of my friends, it has been a total success while with a couple, the experience was just ok, because they thought it was too chaotic.

Magic Maze is a cooperative real time game that has another very interesting wrinkle added to it. The players aren’t allowed to speak to each other during the real time portion of the game. Every game play I have watched of this game has been an absolute blast. And you can play solo as well. I am ready to take on the challenge.

I believe it was nominated for a Spiel Des Jahres in 2017.  Here is a great full game play that shows how much fun this game can be. 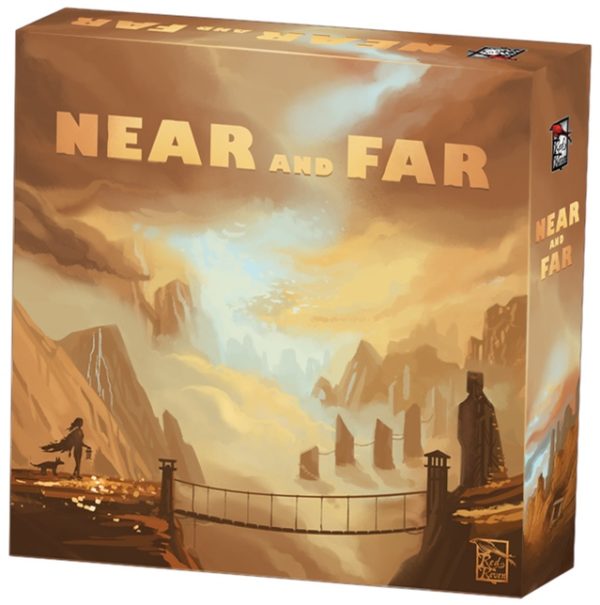 Ryan Laukat is a crazy man. He not only designs his own games, he does the art work and he publishes them as well. Islebound is one of my favorite games that I own, and Near and Far, I think, is going the be his best game to this day. It is a story driven game, a ton of replay value, great story and game mechanics.

Rahdo has a great run-through here. 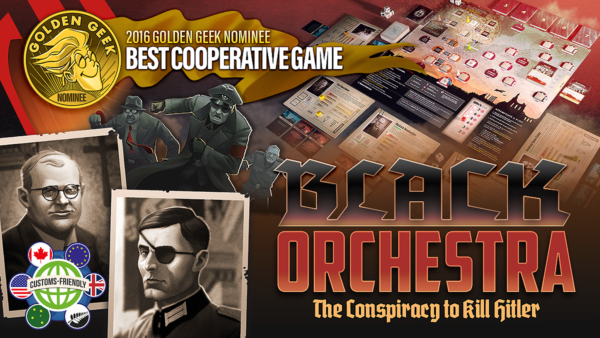 I have to admit, I don’t normally like, real life war themed games. Black Orchestra is the one exception to that rule. In this game, you and your teammates are trying to assassinate Hitler. The characters, plots, and events in this game are all based on real life historical events. You even can be the Colonel Tom Cruise plays in the movie Valkyrie.

The first printing of this game has some rules issues so there is going to be a second print. I cannot wait to get my copy. 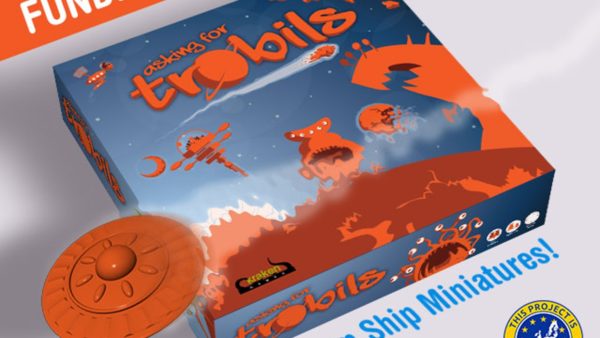 This game is ORANGE. I believe this game came out in late 2015 or early 2016 but it was a small print run so I never had a chance to buy a copy. The publisher said they will be publishing a less expensive copy of this game late 2017. It is a worker placement, pick-up and delivery game in space with a lot of colorful components.

Here is a gameplay video by Rahdo.

Keep in mind this video was made when this game was on Kickstarter, so the components in the video are a prototype.

I did not expect to like this game because I just did not like the look of this game. Did not like the color scheme, and the tiles, it looked boring to me. However, after watching a gameplay video from Rahdo (I know I watch Radho a lot :)), I loved the game play.

It is a tile laying game and the tiles are shaped like Tetris pieces. It plays quickly, and fun.

Here is the playthrough video.

That’s it. These are the 10 games I am definitely saving money for this year. In addition to these, any Time Stories expansions, Exit and Unlock expansions are always on my list of things to purchase.

What is your list? Let me know in the comments.

Keep playing more games with your kids, friends, and family. One of the best ways to connect with you loved ones in my opinion.